Thanks for the prompt assistance and professional job undertaken by your firm.

Thanks for the prompt assistance and professional job undertaken by your firm.

Very disappointing service from Adams Doors. I had my garage doors automated by them last year in june. After installation it worked well for a few weeks until 1 of the doors did not open and...

Very disappointing service from Adams Doors. I had my garage doors automated by them last year in june. After installation it worked well for a few weeks until 1 of the doors did not open and close fully. this happened intermittently but i did report it to Adams Doors and a technician came out and lubricated the tracks. thereafter it worked a while but would give intermittent problem of opening and closing. I continued to use the garage door like this as it was not an everyday problem. Now that the temperature has dropped a bit it seems like the door is struggling to open and close. It eventually goes into programming mode which it then closes. I have recently reported it again to Adams Doors since a year has not gone by and its already starting to act up again. Its been a week now and Adams Doors has not come to attend to the problem. They also now blame that the door is faulty. If the door was faulty why not did their technician pick this up when installing or on the call out. I would not recommend them as their after-sales service is extremely poor.

When we install a garage door motor(opener/automation), we do a general service on the door as well to assure that the door will operate properly with the motor.

In this case, as stated by the customer, the door and motor worked well for a few weeks, thereafter a problem occurred where the door was sticking, not the motor that we installed on the 11th of June 2018.  We attended to his complaint on the 29th of August 2018 and also revisited him on the  4th of September 2018.

Then the client contacted us again in May 2019 - 8 months later.

A garage door that opens manually gets pushed up and pulled down by hand - various amount of force is used this way. A door with a motor works the other way around - pulled up and pushed down - this force is constant as the motor has been set to a specific force setting. In the above-mentioned case the client also mentions "temperature has dropped" - yes, this also plays a big factor. During winter times steel garage doors(sectional and roll up) do strain a bit more to open than in the summer times - this is due to the fact that the doors are made of steel. The rails and the doors contract with colder weather, making the operation a bit slower and causing the door to "stick" whilst moving, thus making the motor to work harder than the original setting. Another big factor is the condition of the door.

In the case above the doors that we installed the motors on were not new, but functional.

Older doors can be automated but will have to be serviced more regularly.

Unfortunately, the above client only mentioned that Adams Door did not attend to the problem a week after he contacted us in 2019, but never mentioned that we attended to his original complaint back in 2018 and again in 2019 a year after the installation was done.

In fact, after we visited his site on the 10th of June 2019 we have not had any further complaints from the client regarding the door or motor. 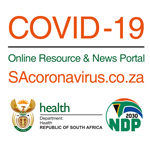